The sixth round of the Maxxis ACU British Motocross Championship headed to the historic Grand Prix circuit on Foxhill near Swindon for the only hard pack event of the season. After weeks of dry weather the track circuit was always going to be very hard and fast as both Steven Clarke and Matt Burrows looked for good results.

The day started with the qualification session and Clarke was able to quickly dial in the circuit conditions and post the fourth fastest time of the group, while Burrows produced a lap time that would see him finish in 25th fastest place.

Following the lunch break it time for the opening race of the day, but due to a heavy watering of the track prior to the race it made conditions more technical during the opening laps. When the dropped neither ride seemed to get out the gate at the front. At the end of the opening lap Clarke had moved into seventh place with Burrows down in 17th early on. At the end of the race Clarke finished the race in seventh place. Burrows pushed hard all race long but struggled with the conditions and was unable to improve on his 17thplace position at the finish.

The second race of the day would see Steven storm to the front of the field with a great holeshot and quickly make the most of Anstie being buried in the mid pack early on, while Burrows was down in 21stposition at the end of the opening lap. As the race progressed Clarke looked strong at the front of the field and withheld the pressure from the chasing pack of Anstie and Lenoir for the whole 20 minutes, but unfortunately with two laps to go Anstie made a move for the lead and Clarke had to settle for second place. Once again Burrows struggled to pass and would finish inside the points in 19thplace.

The final was of the day saw both Clarke and Burrows suffer bad starts and have to battle from the mid pack to get solid results. Clarke was able to push forward early on and get inside the top ten and then continued to pick riders off towards the end of the race to finish in a solid 6th place. For Burrows it would be another tough race as he finished in 18th place.

Steven Clarke – I’m happy to be leaving here in one piece today and to have been able to do what I wanted which was to battle with Anstie for a race win. The first race was really bad, I understand that they had to water the track but the amount that it was flooded was questionable but it was the same for everyone. It didn’t help with getting a bad start and having to work my way back up to 7th. Then in the second race I got the holeshot and was leading for the full 20 minutes, but Anstie got me with two laps to go so I was a bit gutted about that as I felt I should have taken the race win. Then in the final race I had another rubbish start and had to work hard to come back to sixth place and just ran out of time. Overall I’m happy, the bike is working well and the team set up is working well so I’m ready to push on at the final two rounds.

Matt Burrows – Today has been an ok day, I managed to get three point scoring rides on a track that I’m not a big fan. I’m now looking forward to the last part of the year where hopefully I can be where I should be and also I’d like to say a big thanks to everyone involved.

Richard Clarke – Team Manager – We came into this weekend expecting a lot from Steven on the hard pack and the day started well with 4th in qualifying. Unfortunately in the first race he didn’t get the best start and had to work hard to finish 7th. Then in the second race he got the holeshot and was riding well but Max just had the legs on him at the end. Again in the last race Steven didn’t get a great start and had to come through the pack to take 6th and 5th overall on the day so we have got some good points on the board. Hopefully over the final two rounds we can continue to progress and get into the top 5 of the Championship. Also today young Matt Burrows rode well in all three races and scored points in each race and we will now use the break in the calendar to work on the bike set up and push for a strong finish to the season with both riders.

What you can read next 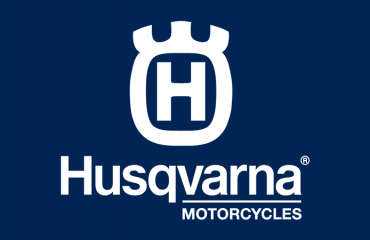 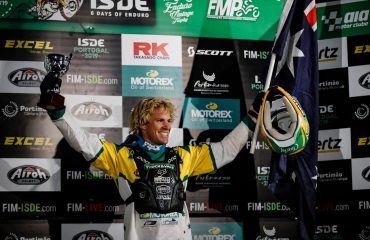 TOP
This website uses cookies to improve your experience. We'll assume you're ok with this, but you can opt-out if you wish.Accept Read More